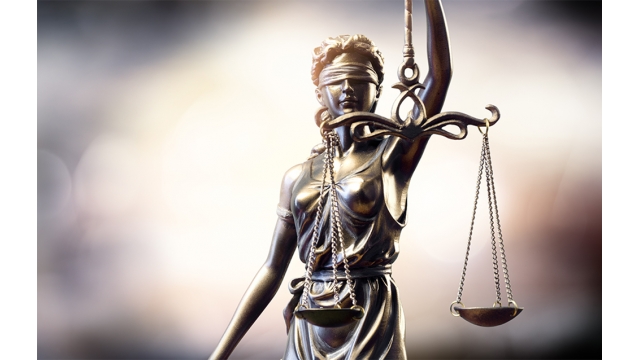 During Mental Illness Awareness month in October, Citizens Commission on Human Rights International says it is important to recognize the increasing harm that can be done to people in the name of “mental health care” and the need for protections, including safeguards against forced psychiatric treatment. Responding to major news outlets exposing abuse, including sending reporters “undercover” into psychiatric facilities, community groups and legislators challenging and exposing the damage that teen behavioral incarceration and “treatment” causes, and class action lawsuits being filed, CCHR launched its Resolution against Coercive Psychiatric Practices that anyone can download, sign and send to their legislative representative asking them to support human rights-based approaches in the field of mental health.

Americans take considerable pride in their Constitutionally guaranteed civil liberties, but because mental health laws often abridge or ignore them, stringent protections are needed. Especially in the U.S., which is a signatory to both the United Nations Convention against Torture and Other Cruel, Inhuman or Degrading Treatment or Punishment and the Universal Declaration for Human Rights. The UN Human Rights Council and the World Health Organization have condemned enforced psychiatric detainment and treatment as torture.[1]

Szasz pointed out: “The systematic confinement of children in psychiatric institutions devoted specifically to housing them began during the 1950s and became a large-scale phenomenon only in the 1970s. Today, hundreds of thousands of children are imprisoned in psychiatric hospitals, most of them, even to psychiatric authorities, unnecessarily.”

CCHR has exposed the risks to those treated in the for-profit psychiatric hospital industry. Right now, there is a federal investigation into several chains of these facilities, to which CCHR has submitted evidence.

CCHR raises concerns about psychiatric industry abuse and deaths and reminds officials of a small sample of media reports over the past several months alone detailing patient assaults and restraint deaths.

— A wrongful death lawsuit was filed against a youth residential facility in Tuskegee, Alabama, alleging physical and sexual abuse which led a 15-year-old to commit suicide.[2] An attorney representing the teen’s family said, “all my clients will testify that these places are living hell.”[3]

— Staff at another Alabama facility abused a 16-year-old and stood by and watched and did not intervene as residents repeatedly kicked the girl in the face. Doctors needed to perform jaw surgery, wiring her mouth shut for two months.[4]

— The Florida Department of Juvenile Justice closed a behavioral facility following the arrest of two employees on child abuse charges for beating a 17-year-old resident.[5]

— Police are investigating the restraint death of a 7-year-old foster care child at a psychiatric residential center in Kentucky following a medical examiner ruling the death a homicide.[6]

— Teen residents staged a mutiny over conditions in an Alaska for-profit psychiatric facility. Inspectors found dangers to the health and safety of patients, including assaults and use of locked seclusion rooms.[7]

— The Missouri Speaker of the House Rob Vescovo said the abuse uncovered in behavioral schools “amounts to organized crime against children.”[8]

— Teens are being forcefully and brutally “transported” to behavioral facilities by the secure transport industry for costs of between $2,800 and $5,000. The practice (called “gooning”) is under legislative investigation. Rep. Ro Khanna from California is pushing for federal regulation of the industry. “[T]here was actually emotional abuse, sexual abuse, physical abuse taking place” and kids were being tricked into going there.[9]

— Disability rights groups, CCHR and legislators continue to challenge the use of skin electrical shocks at a Massachusetts institution for people with intellectual and developmental disabilities, including teens. The electrical device used was invented by a psychologist who designed it to administer electric shock to the skin as punishment.[10] Several UN Special Rapporteurs have condemned the practice as “torture.”[11] The FDA banned the device but this was later overturned by advocates of shock behavioral control.

— In the UK, U.S. company-owned psychiatric facilities have come under scrutiny, leading to greater oversight. For a second time, BBC Panorama had a reporter enter a state-controlled psychiatric facility–this time state-controlled undercover to investigate patient abuse and deaths, described as a “toxic culture of humiliation, verbal abuse and bullying.”[12] The UK National Health Services suspended staff and police are now investigating.[13] The previous Panorama undercover exposure led to criminal charges against 10 staff in a for-profit facility.

Jan Eastgate, president of CCHR, said: “The often fierce battle to obtain human rights in the mental health industry reveals the insidiousness and inequity in law that patients face. This is why our Resolution demanding protections against coercive psychiatric practices and abuse can be used and forwarded by anyone concerned with human rights.”

CCHR warns against implementation of a recent U.S. Preventive Services Taskforce recommendation that all adolescents ages 12 to 18 be screened for depression based on subjective questions that previously led to an 84% false positive rate of children being diagnosed and prescribed antidepressants. “As such treatment failed them, children and adolescents could end up being forced into psychiatric institutions, where they were put at risk of the harm now being exposed in the troubled teen behavioral treatment system,” Eastgate said. “There needs to be a complete overhaul of the industry to safeguard children against forced and unwanted treatments that worsen, not improve their mental health, as well as accountability for the harm that can result.”

The late Prof. Szasz recognized CCHR’s watchdog role when he stated: “The task we set ourselves–to combat psychiatric coercion–is important. It is a noble task in the pursuit of which we must, regardless of obstacles, persevere. Our conscience commands that we do no less.”